HomeEventsStand Against Racism
A- A A+ 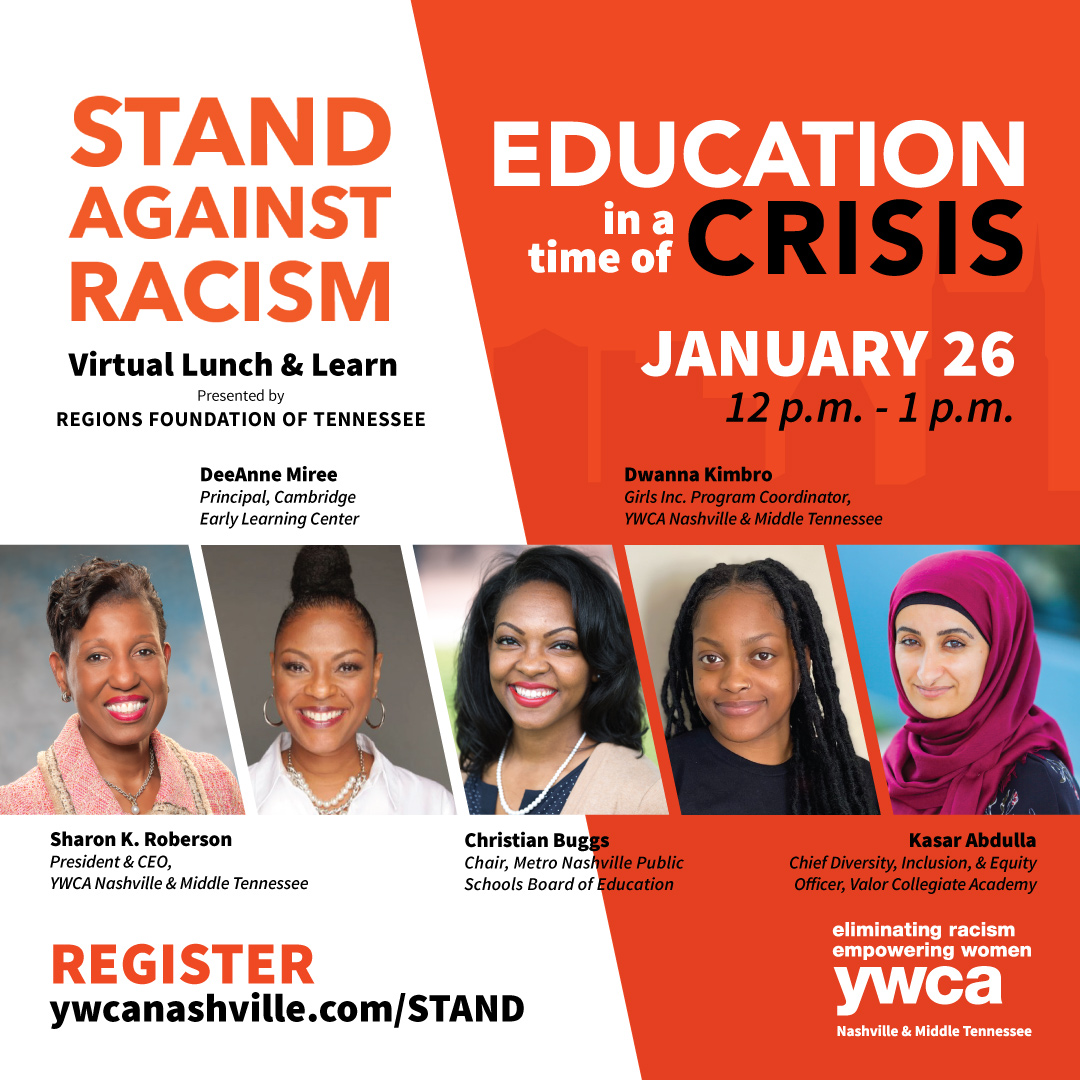 The coronavirus has exposed and heightened historical racial disparities in our society and has spotlighted racism as a public health issue, particularly impacting Black children and youth of color in our public education and K-12 school system. Join YWCA Nashville & Middle Tennessee for a Stand Against Racism webinar on Education in a Time of Crisis. Hear from experts in Nashville’s K-12 schools and ask your questions as we examine the dual impact of racism and COVID-19 on our youth and how we can build towards an anti-racist future in our schools and beyond. Click here to register.

You will hear from: 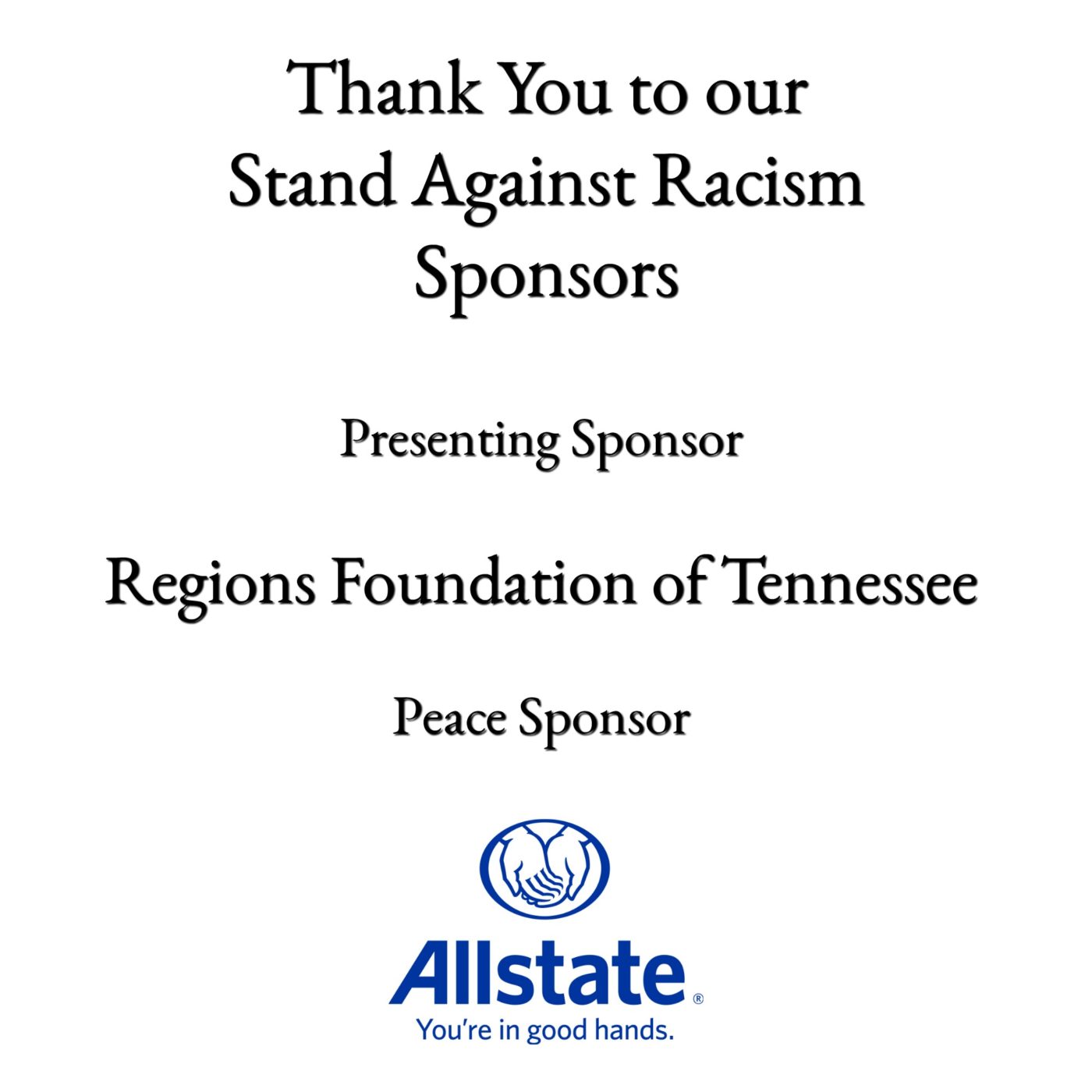 YWCA Nashville & Middle Tennessee offers facilitated conversations on racial justice and equity for any organization or group that participates in the 21 Day Racial Equity and Social Justice Challenge. If you or your organization would like to have a facilitated conversation, please contact our Senior Manager of Social Justice & Advocacy at: Hannah.cornfield@ywcanashville.com 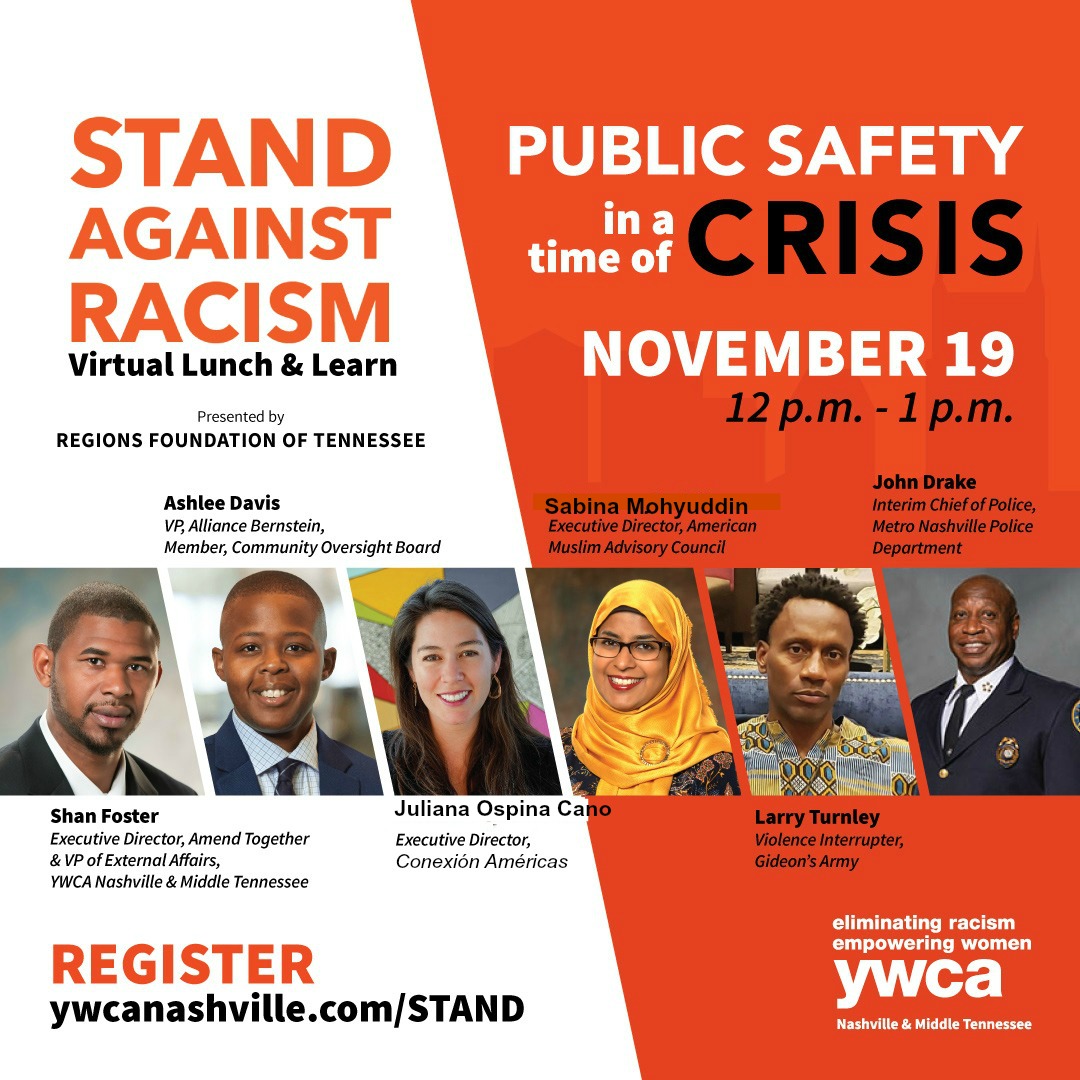 Join us on Nov. 19 for a panel discussion addressing the intersection of policing and racism, particularly highlighting policing of vulnerable communities of color in Nashville. This Stand Against Racism panel, presented by Regions Foundation of Tennessee, will address the level of distrust of police that exists in many communities due to the history of racism in America, especially in communities of color. We will also discuss ways that policing can be changed to address the concerns of individuals in our community about present policing methods.

Panelists: Featuring members of the Policing Policy Commission and the Interim Chief of Police

October 2020 – Domestic Violence in a Time of Crisis Webinar

For Domestic Violence Awareness Month, please join us for a Stand Against Racism Lunch & Learn – Domestic Violence in a Time of Crisis. This virtual panel discussion is presented by Regions Foundation of Tennessee and will examine how racism and domestic violence are intersecting forms of social injustice. Our expert panelists will discuss how domestic violence providers, services, and response systems are not immune to the individual, institutional, and systemic racism that pervades our society; thus domestic violence prevention and intervention strategies must address the effects of racism in order to establish community safety and accountability.

You will hear from: 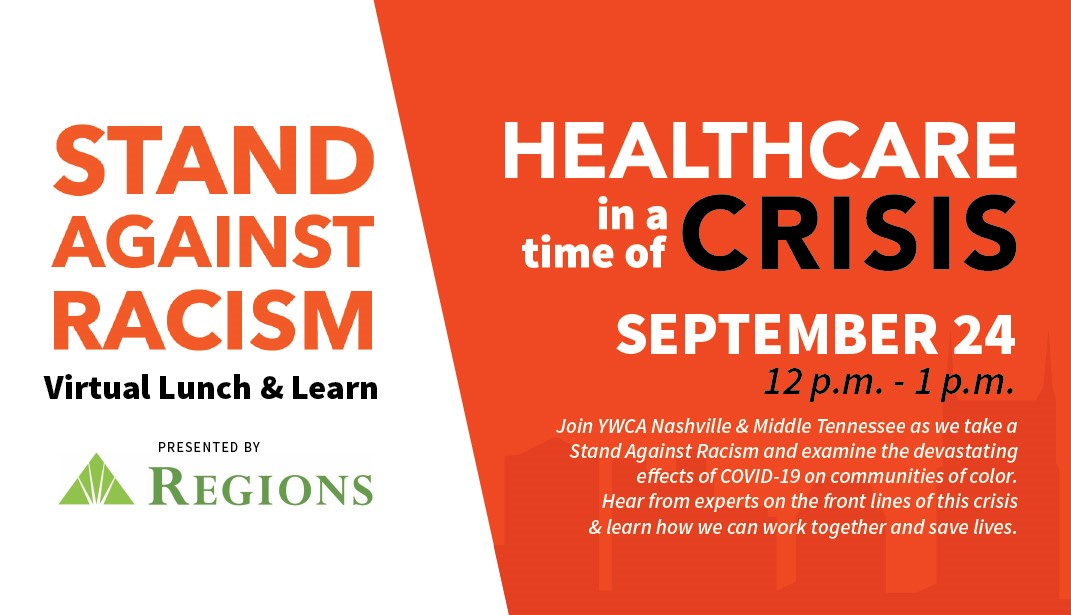 Today, we face two global pandemics – COVID-19 and racial injustice. At this intersection, nearly one-third of Black people in the U.S. say they know someone who has died from coronavirus.

Join us to address different levels of racism impacting healthcare. You will hear from experts in healthcare who lead fights for the health and well-being of Black people and people of color amid COVID-19. The event will be moderated by YWCA Nashville & Middle Tennessee president & CEO, Sharon K. Roberson and feature these panelists:

Click below to watch this Stand Against Racism – Healthcare in a Time of Crisis webinar.

Past YWCA Stand Against Racism Events 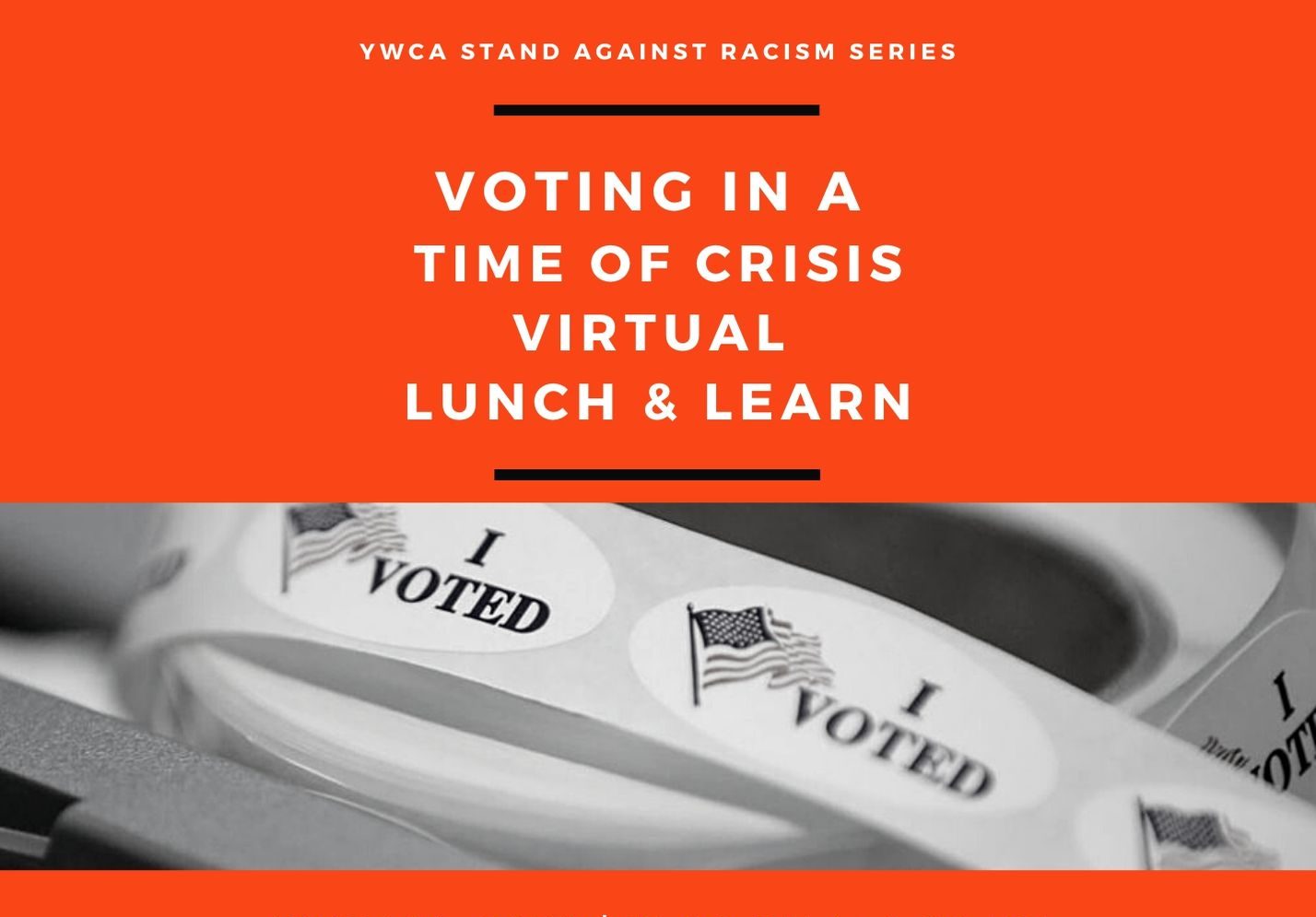 As the August and November elections approach, we must equip ourselves with the knowledge and tools to advocate for our most vulnerably positioned community members to have access to the ballot. View our virtual lunch & learn on the state of felony disenfranchisement in Tennessee, voter restoration campaigns, and what you can do to advocate for expanded access to the ballot.

Click below to view our Stand Against Racism Virtual Community Rally that took place on April 22, 2020.

As an individual committed to social justice, I stand with YWCA against racism and discrimination of any kind. I will commit to a lifetime of promoting peace, justice, freedom, and dignity for all people in my community and in the world.

The Stand Against Racism is a signature campaign of YWCA USA and is part of the larger national strategy to fulfill our mission of eliminating racism. Race and the legacy of discrimination continue to affect our lives – whether in our everyday interactions with others at work, school, or in our neighborhoods and communities.The 2020 Stand Against Racism is co-sponsored by the Tennessee Human Rights Commission, Metro Human Relations Commission, and Vanderbilt Divinity School Public Theology and Racial Justice Collaborative. 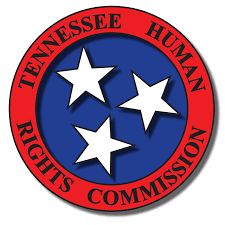 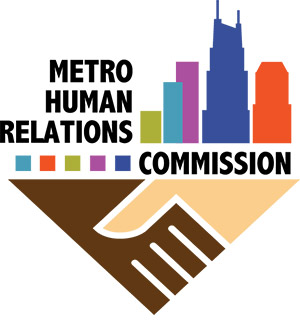 YWCA Nashville & Middle Tennessee hosted the annual Stand Against Racism on Thursday, April 25 on the steps of the Historic Metro Courthouse and Public Square Park. Neither the threat of rain nor the NFL Draft (kicking off a few blocks away) could keep more than 100 advocates, supporters, and partners away from this annual gathering that builds community among those working for racial and social justice. The program was packed with prominent political leaders and Civil Rights icons, including Kwame Lillard, King Hollands, Gloria McKissack, and Ernest “Rip” Patton. The Freedom Rider led the crowd in a powerful rendition of “Lift Every Voice and Sing.”

Mayor David Briley and Congressman Jim Cooper urged the crowd to continue working towards justice and reducing racism and intolerance. YWCA was presented with a Metro Council Resolution for its social justice work, and YWCA President and CEO Sharon K. Roberson shared with the crowd how national policies can have a very real local impact during the public rally. This year’s Stand Against Racism theme was aptly titled No Hate No Fear – and examined the intersection of racism and immigration.

“In recent months, YWCA presented a series of community conversations where we heard compelling stories of the human cost of racism for very vulnerable people,” she said. “We learned that immigrant children are being separated from their parents right here in Nashville. These conversations served as a call to action for all of us to understand the moral imperative that we must treat all people with dignity and respect.”

Martesha Johnson, the first African American and woman elected to lead the Metro Davidson Public Defender’s Office, urged the crowd to speak up and speak out against racism and hate. Chris Echegaray with Metro Nashville Public Schools reminded the crowd that the “It City” of Nashville is being supported through immigrant labor. Co-founder of the American Muslim Advisory Council, Sabina Mohyuddin, made a passionate plea on how we can work together to eliminate racism.

“These systems are not just about our individual biases or fear of others or even ignorance, but it is about institutionalized methods of discriminating against people of color, immigrants, and Muslims,” said Mohyuddin. “In order to dismantle and eliminate racism, we must bring down all of these systems.”

The Metro Human Relations Commission and Tennessee Human Rights Commission co-sponsored the event and luncheon series. TN HRC Executive Director Beverly Watts led the crowd in the pledge against racism to close the event. MHRC board members Dr. Erin Pryor and Commissioner Kobie Pretorius attended the Stand Against Racism and joined Watts and the Civil Rights icons and speakers in the pledge.

Mayor David Briley welcomed the crowd to the annual event that drew more than 200 people. Civil Rights Activist and retired educator Gloria McKissack shared how young people in the 1960’s sat down so we could all stand today. McKissack was part of the student movement from Tennessee A & I (now Tennessee State University) and Fisk University that integrated the lunch counters and other businesses across Nashville. Legal Aid Executive Director and YWCA Board Member DarKenya Waller urged the attendees to work together. “If Black or Brown people could have solved this problem by ourselves, we would have done so already,” she said.

Activist and recent Fisk University graduate Justin Jones inspired the crowd with his words and a symbolic gift of stones from the Edmund Pettus Bridge in Selma. He had just returned to Nashville from the opening of the National Memorial for Peace and Justice in Alabama.

The Tennessee Titans were the presenting sponsor of the 2018 two-day event. The Metro Human Relations Commission and Tennessee Human Rights Commission were returning sponsors. 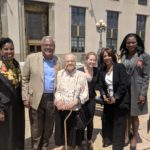 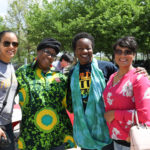 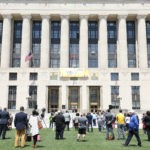 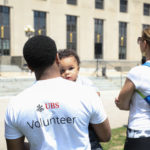 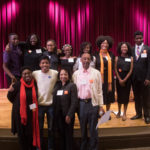 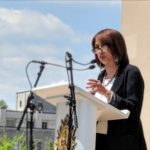 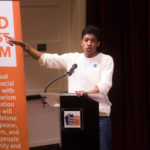 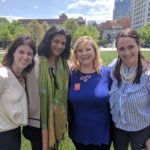 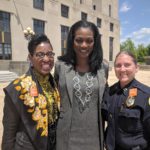 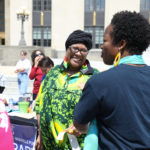 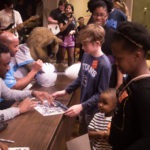 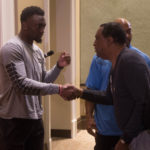