HomeWho We AreHistory
A- A A+

The voice of women in Nashville for 125 years

For one and a quarter century, YWCA has helped women, girls and families in Nashville build safer, more self-sufficient lives. We are constantly monitoring the challenges of social change, developing programs and services to meet the evolving needs of women and their families. Our Blue Triangle Branch was a leader in this area. Read more about that here.

We have met the challenges faced by women during each era in our history, and we will continue to adapt as new challenges arise.

To learn more about our history, read Women Helping Women: The YWCA of Nashville by Carole Stanford Bucy, available at the Metro Nashville Public Library.

YWCA’s president and CEO, Sharon K. Roberson, penned an editorial for the Tennessean newspaper highlighting the 125th anniversary serving our community. Click here to read the story or here to download a pdf of her piece.

1909: The YWCA broke ground for a new building on Vine Street (7th Ave.)  When the YWCA opened its new building, there were no integrated buildings in Nashville but the leadership of the YWCA was committed to extending programs to African American women.

1919: National YWCA funds a branch for African-American women in Nashville, known as the Blue Triangle Branch. Click here to read more about this important part of our history.

1921: Property at 5th and Gay was purchased for Blue Triangle Branch.

1930s: The Great Depression made the YWCA a haven for women and girls.  The women of this city went to the YWCA for recreation, diversion, welfare, food, physical education and training.

1941: The Nashville YWCA mobilized to support the war through Red Cross drives, sewing, dances for soldiers and donating building space for defense work.

1962: The YWCA began to offer classes in Green Hills and Donelson.

1964: The Blue Triangle Branch and the Downtown YWCA became one interracial YWCA.

1974: YWCA’s Board agreed to provide emergency facilities for women referred by Rape and Crisis Center.

1978: The YWCA moved to Woodmont home, CABLE was established,  and Career and Life Planning for Women and Girls was created. The  Displaced Homemakers Program also began for women who were entering or re-entering the workforce.

1980: The YWCA opened the first domestic violence shelter in Nashville.

1985: A Capital Campaign of $2 million was completed for new facility at the Woodmont location.

1992: The Academy for Women of Achievement was established to honor inspiring women in the Nashville community.

1998: The YWCA celebrated 100 years of service to women, girls, and families in Middle Tennessee.

2000: The YWCA opened the Weaver Domestic Violence Center in Nashville, the largest emergency shelter of its kind in the state.

2008: The YWCA became the Nashville affiliate of Girls Inc. and has served more than 4,000 girls in Metro Nashville Public Schools since programming began.

2010: Re-New at the YWCA was founded by local interior designer Julie Davis and her friend Cheryl Hays to completely furnish and decorate homes of women leaving the shelter and moving into the community.

2013: The YWCA became the Nashville affiliate for Dress for Success.

2014: The YWCA launched an innovative primary prevention initiative dedicated to ending violence against women and girls by engaging and educating men and boys. The AMEND Together program (formerly called MEND) seeks to challenge, cultivate, and change the culture that perpetuates violence against women.

2016: The Lethality Assessment Protocol (LAP) was implemented in Nashville through the Mayor’s Office of Family Safety, Metro Nashville Police Department, and YWCA. Created by the Maryland Network Against Domestic Violence in 2005, LAP is an innovative strategy to prevent domestic violence homicides and serious injuries by providing an easy and effective method for police and advocates to identify victims of domestic violence who are at the highest risk.

2017: Shear Haven, a domestic violence education training for the beauty industry, was co-founded by YWCA and volunteer, survivor, and salon owner/stylist Susanne Post.  Post and YWCA’s Advocacy Committee worked to educate Tennessee lawmakers about the need for this training in the beauty industry.  Thanks to our efforts, a new state law was passed and signed by Governor Bill Lee in the spring of 2021. The mandatory training law took effect on Jan. 1, 2022. Read more here.

2021: Abbie’s Safe Home opens on the Weaver Center Campus. This state-of-the-art pet shelter is the largest in Tennessee and allows all members of the family to escape domestic violence and heal. Read more about this initiative here. 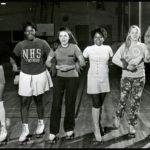 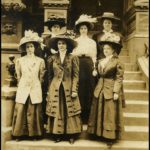 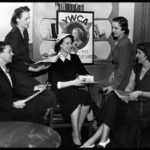 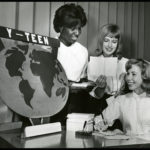 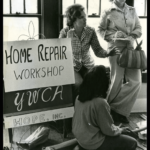