NASHVILLE, Tenn. (March 31, 2022) –  YWCA Nashville & Middle Tennessee honored its past at the end of Women’s History Month by recognizing the strong African American women who worked to make Nashville a better place for all. On Tuesday, March 29, a Metro historical marker recognizing the YWCA Blue Triangle Branch was unveiled and dedicated at 17th and Pearl Streets. More than two dozen YWCA board members, supporters, and elected officials joined YWCA president and CEO Sharon K. Roberson and Metro Nashville Mayor John Cooper for the event.

“It is our hope that this historical marker will help all of us – and all who come here in the years ahead – remember the women of the Blue Triangle Branch,” Mayor Cooper said. “And to remember that the stain of segregation so thoroughly bled through the fabric of our society that it even infected our greatest civic groups, like the YWCA. The YWCA of today – with its dedication to eliminating racism, empowering women, and promoting peace, justice, freedom and dignity for all – sets a shining example for our entire city for how to come together and build a better future for the next generation.”

YWCAs in the South were segregated until the early 1960s. These separate YWCAs were known as Blue Triangle branches, and Nashville’s was the largest, with more than 700 members. The Blue Triangle – Pearl Street Center was located just a few blocks from Fisk University. YWCA board member Janie Greenwood Harris, who was a student at Fisk in the late 1950’s, shared her memories of volunteering at the Blue Triangle and helped unveil the marker with Nashville philanthropist Mike Shmerling.

“This marker reminds us that meaningful work never actually starts anew- it’s the fortification and expansion of ideas and efforts fitting to a new time and involved souls responsive to current situations,” Greenwood Harris said.

Throughout the early 20th century, the Blue Triangle Branch developed social programs to support the African American community in Nashville. The first Blue Triangle site was located on 5th Avenue. After urban renewal forced the YWCA to relocate, members raised the funds and purchased the property at 1708 Pearl Street. The new Blue Triangle building was dedicated in 1953 and remained there until the branches integrated and merged in 1967. 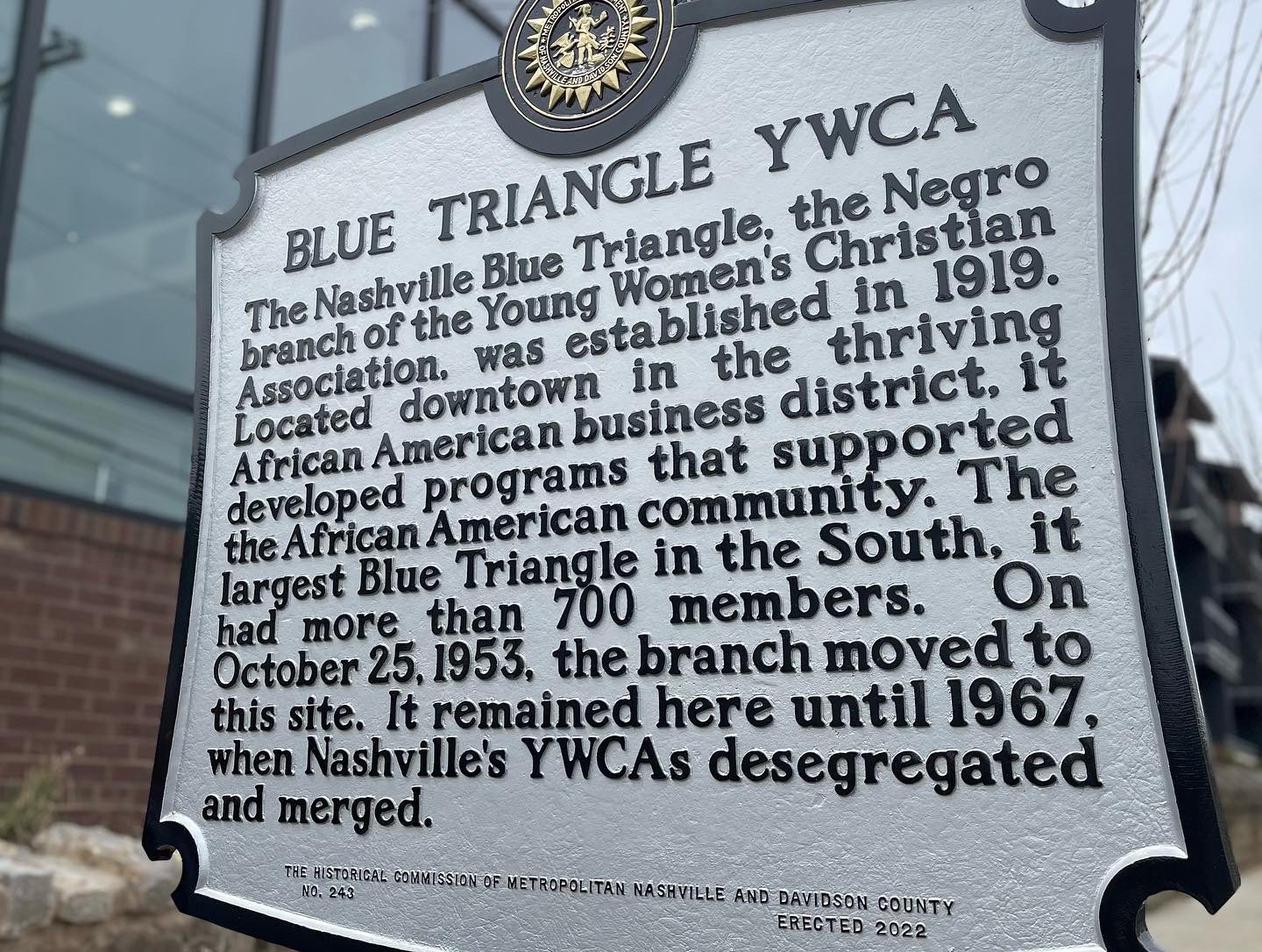 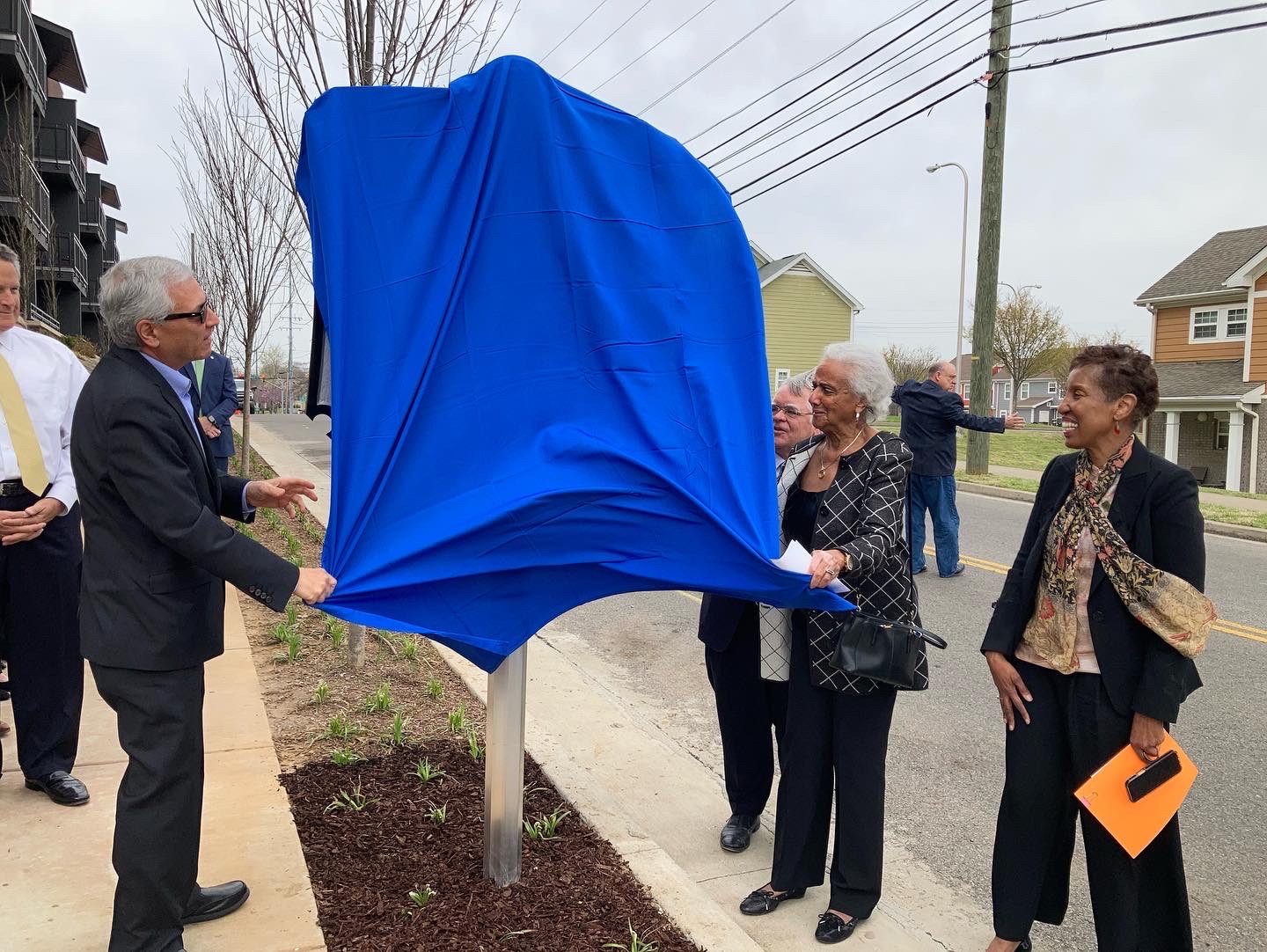 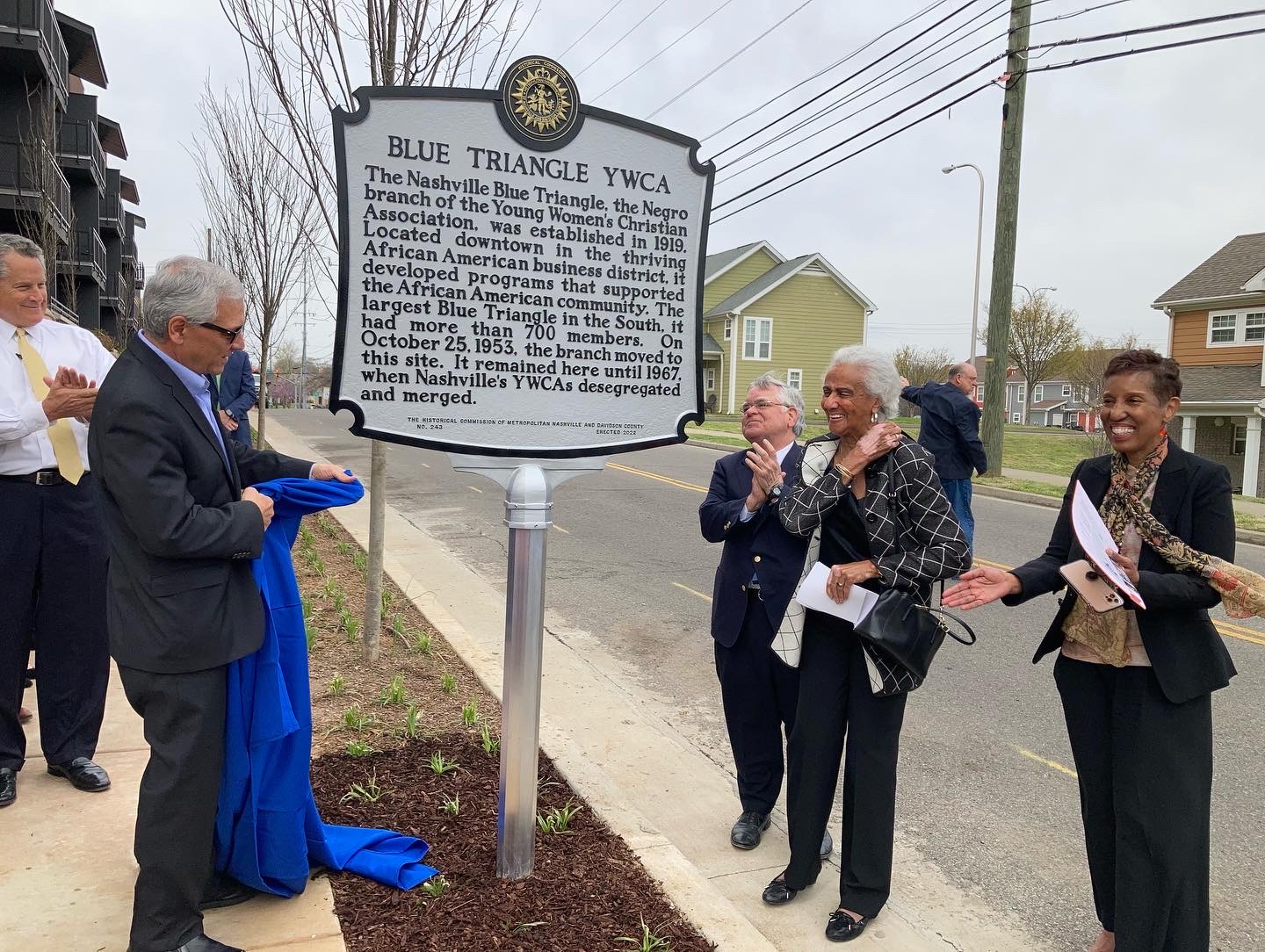 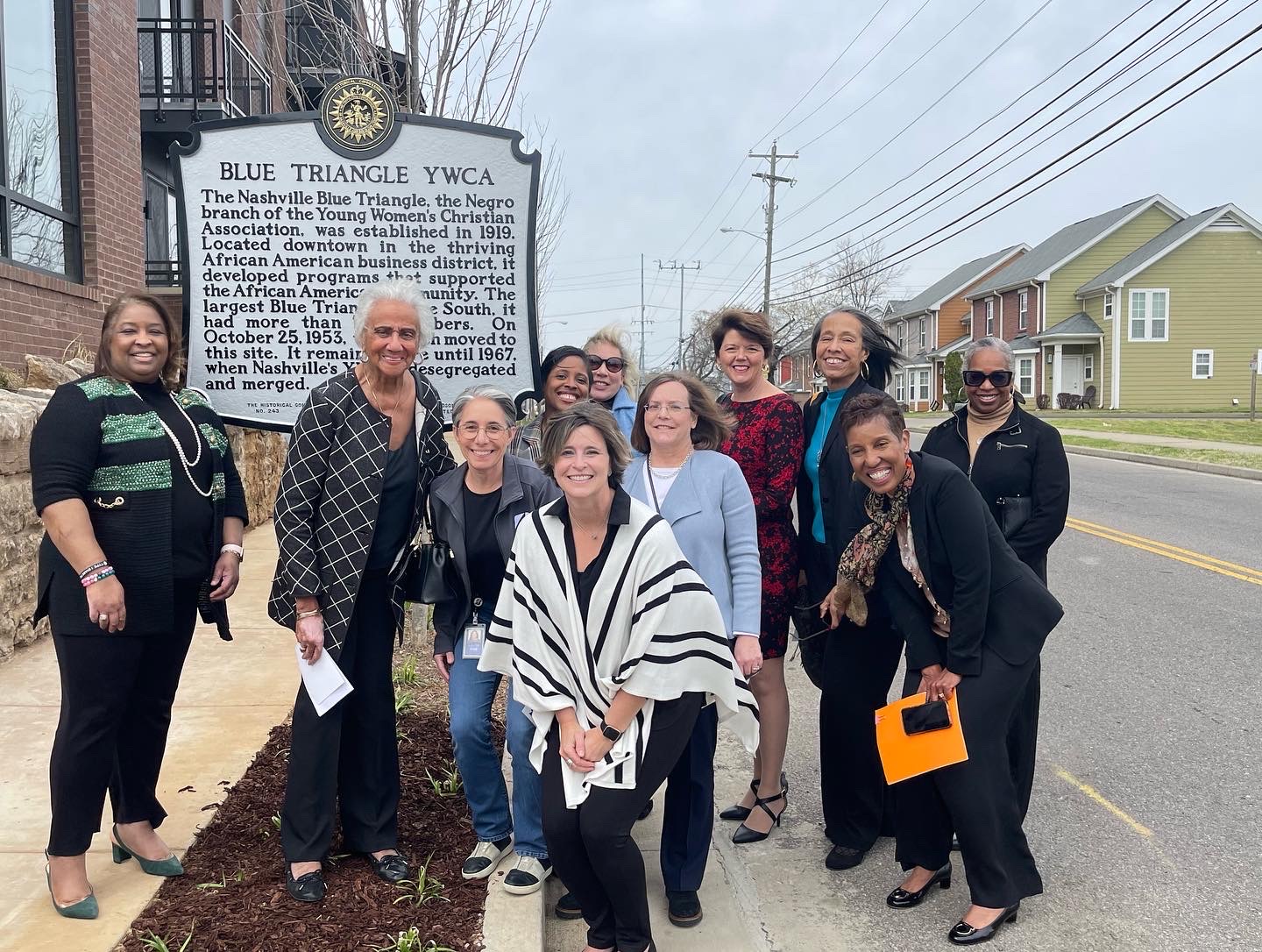